I wanted to show some love to the young homie Lil Dee on his latest release with The Truth Staten on “Not Like Me”. We covered Lil Dee over the summer, randomly finding him over Instagram. Dee was a young prodigy at the age of 12. He’s 16 now, maybe even 17 at this point. His voice grown now, but this young man still that prodigy.

It’s been a few months since we’ve posted on the site, and since then some things happened. Three months ago, I decided to take a step back from the Lyrically Rap blog and social media accounts. I was going through some things at the time. I was feeling like an imposter, like someone who didn’t belong in the rap culture. We were so focused on social media growth, and getting more clicks and grow the brand, that I lost focus of what we were really doing here at Lyrically Rap. I was digging for new gossip stories, sharing stuff that was dramatic. I was trying to copy what other sites were doing, and in doing so, the social grind took over and it just wasn’t fun anymore. Social Media was affecting my mental health.

k, so we're a little late with the latest Volume 11. Three weeks of releases have passed since our last update, and that really put us in a corner trying to select 20 songs for this volume. It was difficult, but I think we put together a solid set of songs that you'll be able to listen to a few times through.

are great for any Rap, Rock, Pop or whatever music album you may think they'd fit with. I generally charge $60 for a design, but will work with friends and those who want to buy multiple designs. Please emails us at lyricallyrap@gmail.com if you're interested in buying a design. I am also open to creating custom designs for any customer. Just let me know the vibe you're trying to go for and I'll see if I can create it.

We’re in the age of the Like button. The comment, thumbs up, follower, karma. We’re addicted to the instant gratification and approval social media moves. Social Media numbers have become so important that many hip hop artists treat it as a part of their job. And yes, it is a very important aspect to becoming a popular artist, but it is as important as everyone thinks?

Two weeks gone and it’s time for a Playlist update! The Fresh Rapz installation of August is ready. We’ve put the 20 best new rap songs all on one Spotify Playlist. This is Volume 10! This is the best lyrical rap playlist out there. New hip hop songs every week!

When we first saw that Ekoh was coming to our area we immediately jumped on the chance to see him live. I mean what self respecting lyrical hip hop head wouldn't? Then Hoosier got the great idea to chat up his manager for some media passes so we could cover the show as lyricallyrap. I... END_OF_DOCUMENT_TOKEN_TO_BE_REPLACED 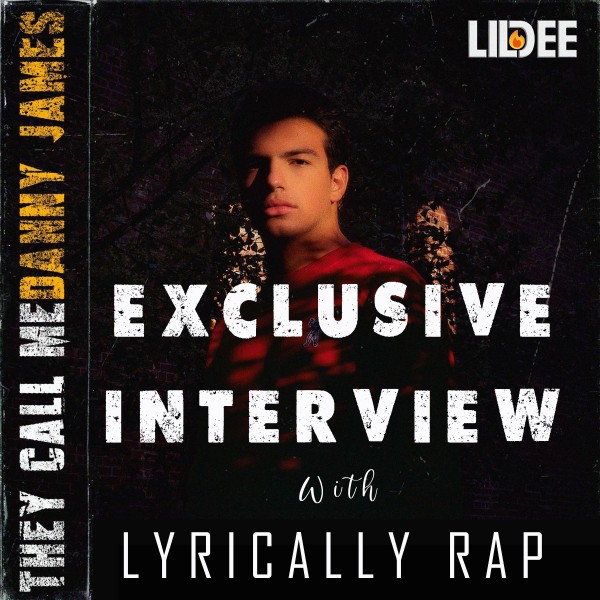 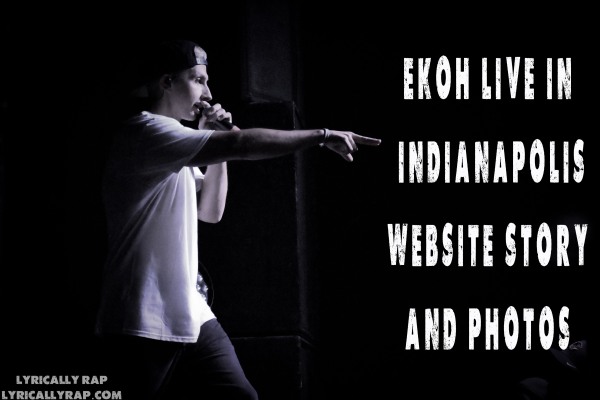 The hip hop rapper Ekoh was on tour and live at the Emerson Theatre in Indianapolis on August 12, 2021. We at Lyrically Rap got the chance to be part of the crew, and this is our behind-the-scenes story of the concert and day leading up to it. If you have not seen Ekoh live yet, and love good music and high energy show, then you need to go. He’ll be finishing his tour out West, he’s in Texas now for the next few days. Make sure to go see him and company! 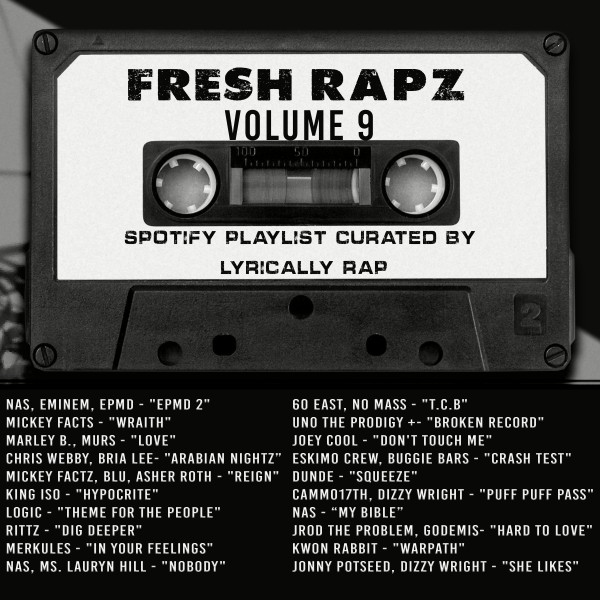 Yo what's good LyricallyRap fam?! The best real rap Playlist is back with your first listen to the best rap songs of the first week of August.  This is the best part of our job honestly, just listening and vibing out to all the dope new hip hop. The hard part is trimming it down... END_OF_DOCUMENT_TOKEN_TO_BE_REPLACED 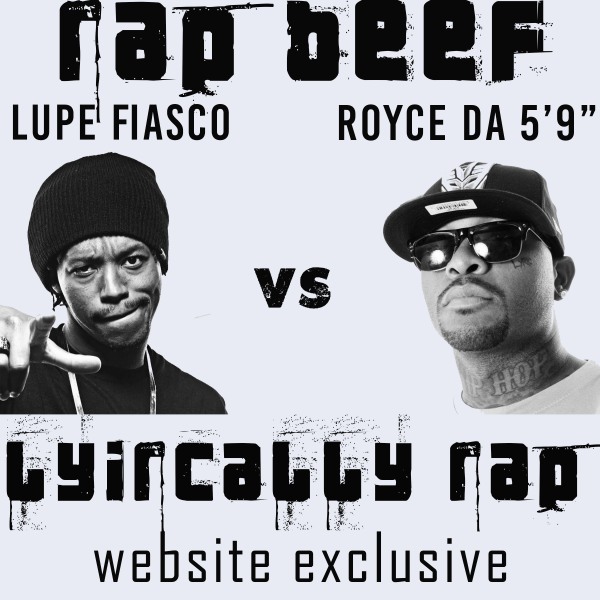 The Royce & Lupe beef. A lot of people have heard about it, and we’re probably a little late. But I wanted to get a better scoop on what’s going on. The situation is a rap feud between friends, and random bickering over Instagram. Honestly, I was confused as hell about it and didn’t really know what the hell was going on, or who the people were that were involved. Since we’re a ‘news media’ site, I figured I should join the rest of the blogs and weigh in on what the hell is going on.

https://youtu.be/xj-6CUjvb84 I don't speak Russian, hell i don't speak English all that well either, but I do speak Hip Hop and this right here is pure unadulterated Hip Hop. We've covered this song before but now we have some dope visuals to go with it. @amovisuals1 out of Windsor, Ontario shot the raw footage with... END_OF_DOCUMENT_TOKEN_TO_BE_REPLACED 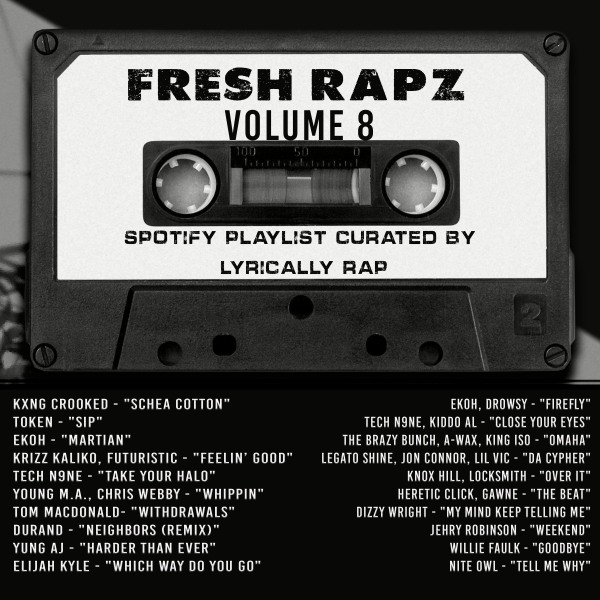 It's been a few weeks and we're ready to present you with the Best New hip hop songs added to our Spotify rap playlist "Fresh Rapz" Volume 8. Each week these list get better. Make sure to follow. We update with 20 completely new rap songs each week. Let us know what you think!

IG Live is sometimes a great way to gain information. Here at Lyrically Rap we try to check all sources available to us to research new artists and all the new music that is out there. Well we stumbled upon a gem when we came onto Vin Jay's IG Live late Tuesday night. Vin has... END_OF_DOCUMENT_TOKEN_TO_BE_REPLACED 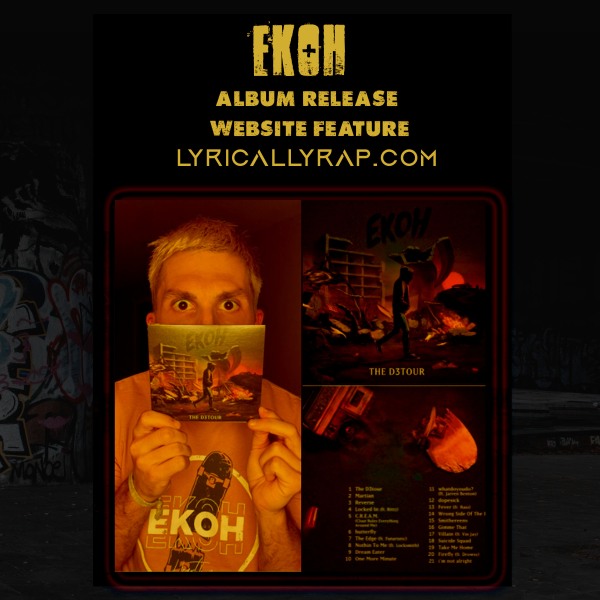 Ekoh released D3tour today (7/20/21), and I’m playing it as I write. A little early morning rap & coffee is good for the soul. The album starts off awesome, and I’m dialing in. Let’s see how we feel.