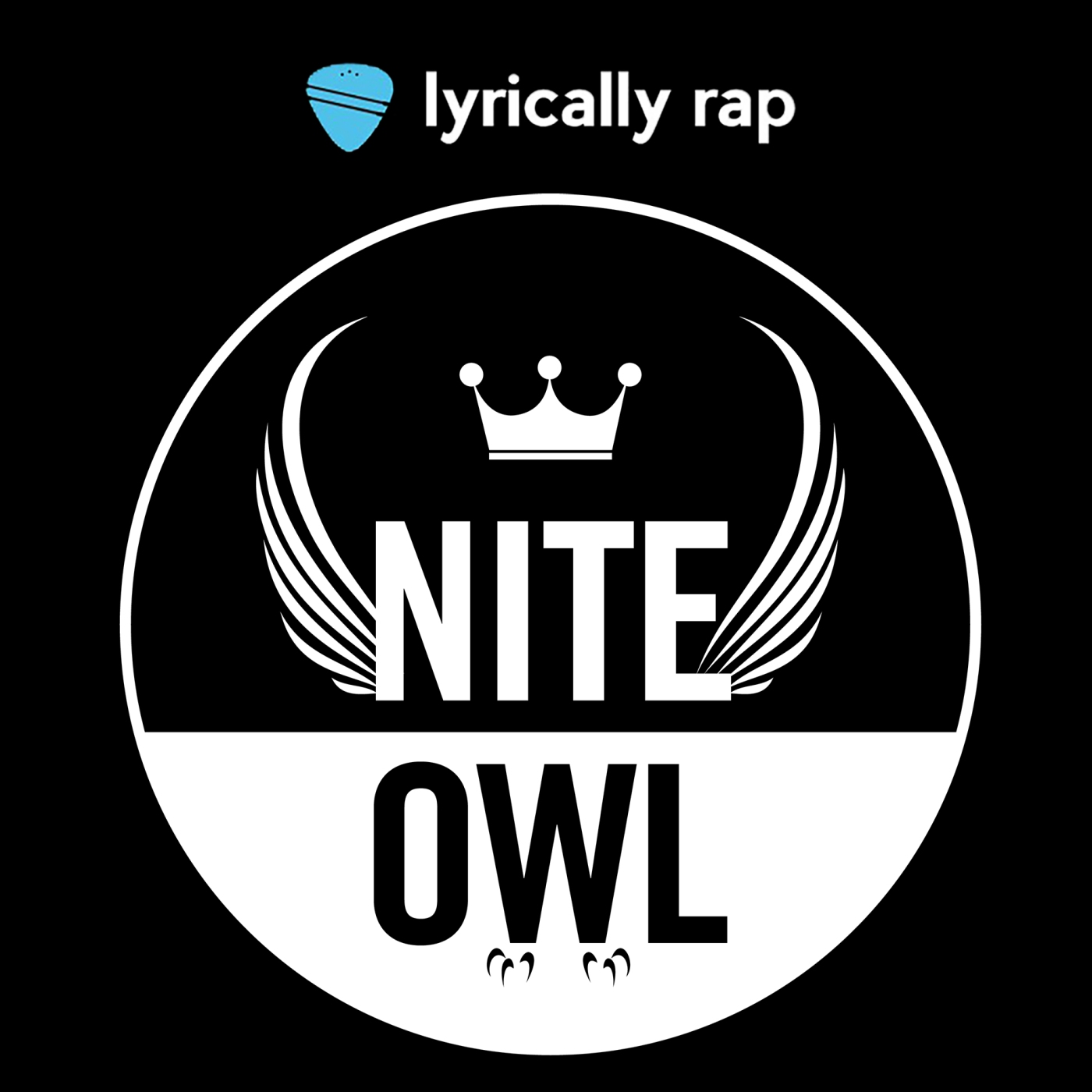 He has released 22 independent albums over the span of his stellar career while gaining over two million streams across all platforms. His “Flock” are one of the most loyal fan bases one will find in the rap community. His latest album, “Unsigned Hype” features production by Grammy nominated producer Joe Capo, of the storied production team The Trackboyz.

He is St. Louis Legend, Nite Owl and this is his story.

Nite Owl was born and raised and still resides in St. Louis, Missouri. “It’s my home and I don’t want to leave” proclaims Nite Owl on our recent Q+A. He graduated from Central Missouri State University with a B.S. in Sociology & a minor in Human Services, but never thought about any life other than music, “I went to college and graduated, but I have never cultivated a plan B. Music is my plan. It just is. It’s what I’m the best at. It’s what I was born to do.”

He lives and breathes the culture of hip hop, “I started out being a b-boy first, since being a b-boy is one of the elements of Hip Hop. From there I messed with Graffiti art for a minute. Then from there I tried out another element of Hip Hop…beat boxing. And finally last I tried rapping, and that’s what I was the best at. The one element of Hip Hop I never tried or mastered was DJing. But for real for real….I secretly would have loved to be a Hip Hop DJ.” . His music is self-described as, “Pure, real, authentic, lyrical, Hip Hop. I’d also say underground. But honestly, underground cats call me commercial and commercial artists categorize me as underground, take your pick.”

So how does he create his incredibly raw yet superbly polished sound?

I’m an only child and I live alone, so it starts with me being home alone writing music. Most of my music is written late at night. I definitely live up to my name as a Nite Owl. I always write directly to the beat, once I hear a track an idea can hit me within minutes. I’m known for being sent a beat and having the song written a few hours later. The floor of my loft is often covered in sheets of paper, filled with handwritten lyrics, to where you can’t even walk–but carefully placed and organized in a way that only makes sense to me. I leave all of that spread out on my floor until a project is done. Clearly I don’t have visitors, often. #facts

After the songs are written my creative process at the studio is that I do a ton of preparation. The studio I record at is not cheap! (shout out to Shock City), so I put a lot of time into practicing my new rhymes, verses, and hooks before I even get to the studio. Once I’m there, I need snacks (like Gushers and Red Hot Riplet chips, and Pepsi or Heineken). Other than that, I’m an engineer’s dream. I get in, I get out.

Speaking with Nite Owl just feels like you are speaking with Hip Hop Royalty and he interacts with his fans as much as any artist I’ve known.

I give messages to my fans every single day (through my music and literally in direct messages to them) My DM’s stay filled with messages that I can’t possibly answer all of. But I mostly thank them and show my gratitude for them taking the time to listen, for the ways they inspire me when they tell me what my music means to them, or even that a certain comment on a certain day can literally make my whole day. I’m very connected to my fans (Shout out to The Flock). My overall message though is that you now have someone to believe in, to keep real Hip Hop alive and well!

In conclusion, rap music these days seems to be full of trends, but one thing that remains constant is that real rap is about the message, It’s about the talent, but perhaps most importantly(at least to us) It’s about the lyricism. So many “mainstream artists” tend to forget these tenets. Nite Owl does not fit into this category. He makes real rap music that inspires, motivates, and to put it simply is just plain dope. The video down below is a perfect example of his lyrical talent.

First, I don’t spend a lot of time consuming other Hip Hop music, other than my own. When I’m in the car, the first thing I’m playing is my own music. But in terms of how anything goes these days, I say go ahead and do you, make the music you want to make. But if you are mumbling, or not taking the time to write quality rhymes I will most definitely think you are lazy, or wack. The biggest mistake I think newer, younger artists make is that they will rap on ANYTHING, any beat that they can get their hands on. They will follow trends and morph into different vibes on different days rather than establishing their own brand or style. I also definitely have a problem with people who imitate, or who have never lived a moment of Hip Hop culture in their life, but who claim to be Hip Hop artists and are benefiting financially from it. But most of all, if you don’t know how to hold a mic or perform on stage, or you’re not actively working to get better at both, I will probably not respect you as an artist.

This @ekohmusic duet with @katoproducer speaks some wicked #truth
Volume 8 of the Fresh Raps Playlist is live! This is one of the best we've put out! Click that link in bio and check it out! Be sure to give it a follow!!
One of the albums that shaped our childhood. Respect the Legends 🐐🐐
Got my ticket to the @kxngcrooked show in Indy. You got yours yet? Make sure to come say hello!
@realvinjay teases song from his new album! Click that link in bio to hear some of em😤😤
Ekoh released his latest album today, and I've written my thoughts through the first listen. Check them out on our web page. Link in bio.