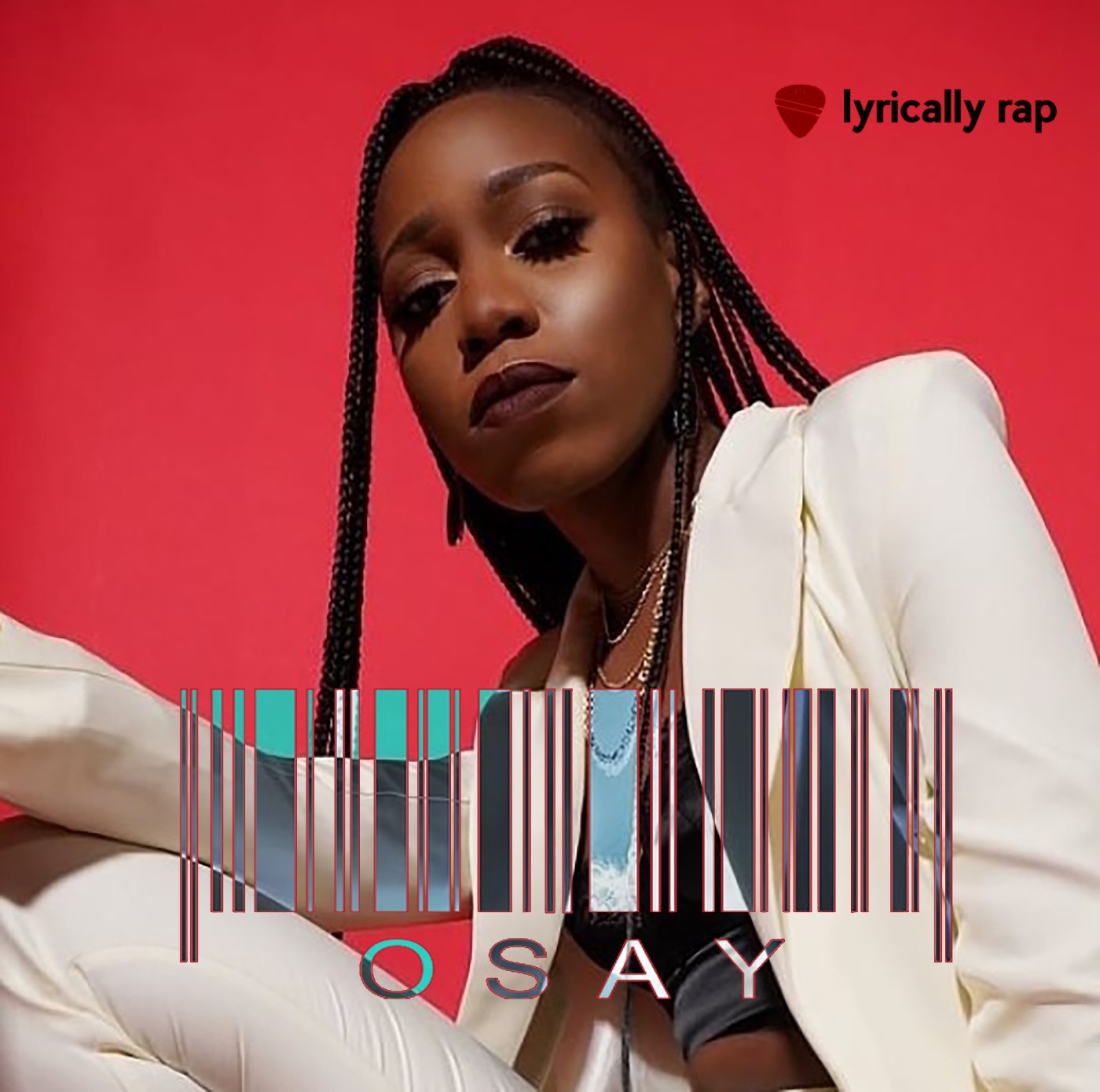 When we created this platform, we had the goal to help share quality rap music. It’s been almost a year since we decided to give it a go, and its been a heck of an experience. Our goal remains the same, and I really think we’re achieving what we’ve set out to do. One of the coolest things about it all, is the people we get to meet. People who share similar passions, artists, fans, and industry reps. We’ve learned a little, made a little dent, and hope for continued passion, but the people make it work.

The people make it special, especially in those times when you get to meet someone who’s genuinely cool af. Osay, rapping out of Atlanta, is an extremely talented newcomer, who’s been studying the game for years.  Osay’s sound is reminiscent of old school legend Biggie and 90’s rap, but with a modern vibe. I dare you not to nod your head while listening.

We were lucky that Osay reached out to us, inquiring about our platform, Lyrically Rap. The ensuing conversation spoke greatly to the Osay’s character and dedication to her goals. She possesses a character often missed in the industry and it was great pleasure to be able to speak with her.

Osay is fresh off releasing her first four songs. Her sound is still developing, but I love what she’s made so far. Our conversation begun with a similar interest, Notorious B.I.G.

Back in high school, I taped the lyrics of “Big Poppa” on my locker door. I thought I was hard or something, it was a phase. But it served as a motivation for me to stay positive, have confidence.

In much the same vein, Osay wrote out the lyrics to “Hypnotize”, to better understand the song and structure, and recited it on the way to school. I knew at the beginning of the talk; I was speaking to a cool ass person.

Osay is a first generation American. It was easy to tell through our conversation that a lot of her inspiration, her drive to win, was her mother. Her mother traveled from Nigeria in her early twenties, leaving everything else behind to start a better life. Osay experience a similar tribulation, deciding to move from Chicago to Atlanta in pursuit of a rap career.

She felt like she had a lot to prove. The rap industry is overwhelming male, and when a talented woman tries to enter the stage, she is going to face a lot of strife. So, Osay felt like she had to make a statement. She tried to be overly technical, and she felt it led to creating a lot of boring rap.

She spent a few years interning for DJ Drama’s Mean Streets Studios, where Osay learned to craft her sound to something that more reflected herself. She reflects on being true to yourself, “..is to stand your ground and be true to yourself and your creativity. One of my biggest issues with music at large is that everyone wants to sound the same and play it safe. Imitators don’t become legendary…”

What’s up next for Osay? With her initial releases still fresh, she’s concentrating on creating videos. Osay plans to have her first album drop sometime mid-2021, and will have several singles released until then.

We’re excited for Osay’s potential, and we’ll be rooting for her continued success. I’m sure you’ll agree with us after listening to some of her songs. Follow her on Instagram & Spotify or wherever else you listen to music, and show her music some support!

You can also find Osay and all our favorites, on our Spotify Playlist. Please follow to show support to the artists!

One thought on “Lyrically Rap Presents: Osay – Fresh Sound with that Biggy Feel”