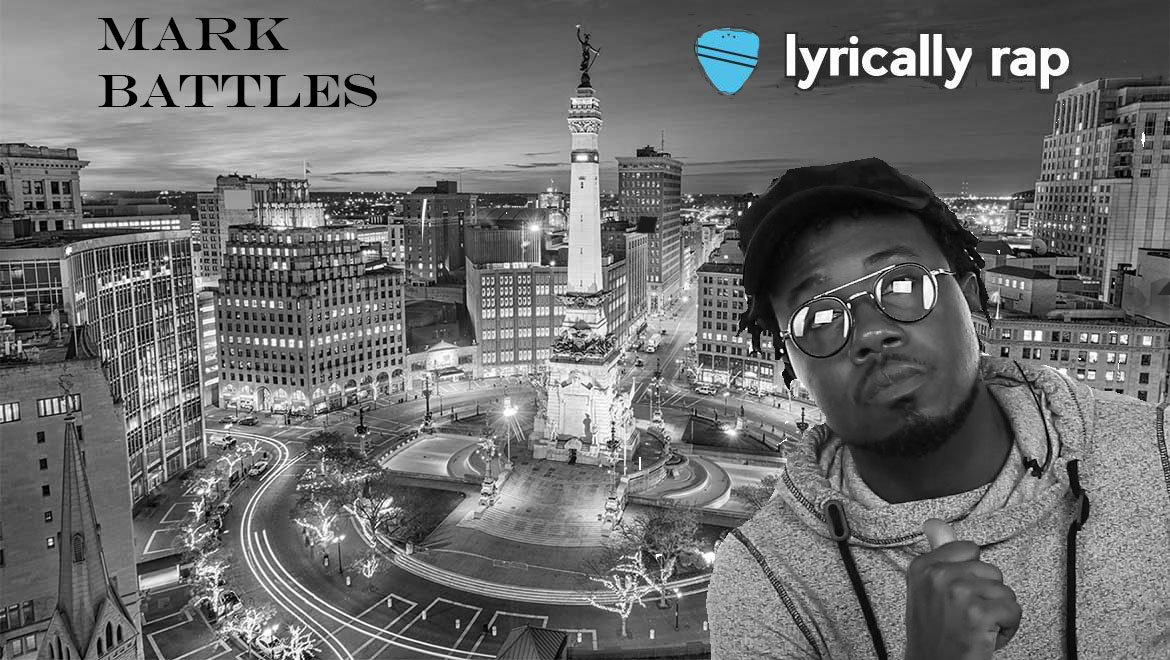 Indianapolis, IN’s own Mark Battles is a hidden Lyrical Gem. His hometown is right up the road from where we are based here at LyricallyRap and that makes it a special treat to write this piece. Arguably the best emcee to come out of Indy, he is a special kind of talent. Check this powerful video for his single “How?“.

How? (get it) did I just find out about this artist. Sure, I’ve heard of Mark Battles before and its not just because he follows us on Twitter (he does), or because of some of the awesome collabs he’s done, but I’ve never really given his music more than a glance. My mistake on that one. I was listening to my daily playlist on Spotify and his song with Chris Webby, Love Me, Hate Me, came on and I just vibed out to his verse. Then I finally gave this emcee’s library a listen, and man I’m glad I did.

Battles began his career in 2012 releasing a mixtape entitled, Walking Distance, and gained online recognition for his song “Last Night”, which placed second on MTVu and was later remixed by Kid Ink. He has collaborated with many amazing lyrical rap artists (Chris Webby, FUTURISTIC, and King Los just to name a few) on his dozen or so mixtapes that he has released. In October 2015, Battles released his first independent album Numb, which peaked at #25 on the Billboard Top R&B/Hip-Hop and Heatseeker charts. The next year he was named alongside Kendrick Lamar and YG in 5 Influential Rappers On Mental Health Stigma by The Huffington Post. That’s some pretty good company. He has since gone on to release numerous albums with his latest release being Fortunate 2, dropping just last year.

I can’t wait to here more from this dude and if you can’t either, you can check out this amazing talent on YouTube or Spotify You can also follow him on all major social media outlets!

Let us know what ya think on any of our @lyricallyrap social media outlets and help us spread that good lyrical hip hop we all know and love. Before we go one more great one from our Hidden Gem, Mark Battles!