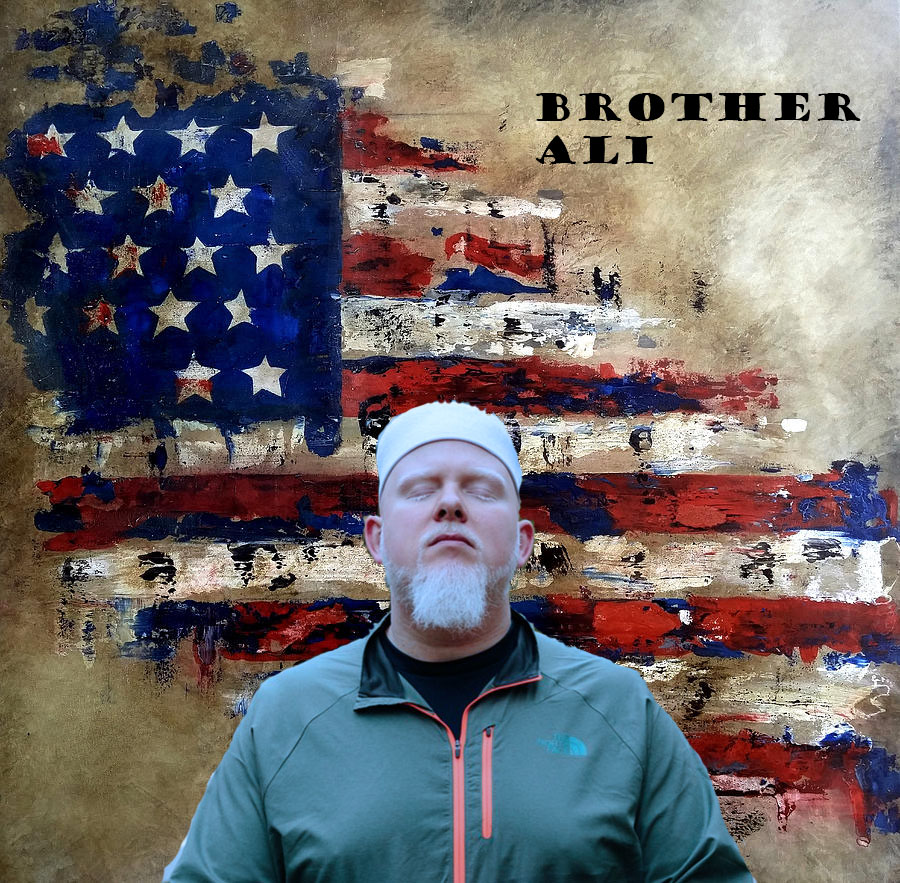 Brother Ali is a well known and highly respected hip hop artist, speaker, and community leader. He has been in the game for a very long time having released eight critically acclaimed albums. He has also been mentored by legends such as Rakim and Chuck D, now that’s some good company there. Ali’s style is somehow provocative, raw, and uplifting at the same time. The guy has some serious lyrical talent on the mic and that has landed him some major press coverage.

His provocative and uplifting brand of Hip Hop has earned him coveted press features like Rolling Stone’s 40th anniversary edition and Source Magazine’s legendary “Hip Hop Quotables”, while his outspoken social justice message has landed him on government watch lists.

He was featured on Sway in the Morning on Shade 45 tackling the infamous 5 fingers of death with some serious bars.

Ali is a devout Muslim and legendary community leader in Minneapolis, MN which has garnered him some criticism and controversy over the years. He was arrested for civil disobedience for participating in an Occupy Homes Protest in Minneapolis. He also travels the globe speaking with marginalized communities and learning and teaching Islamic Spirituality.

When he’s not rocking the mic at Coachella, or being arrested for civil disobedience in support of marginalized communities, Brother Ali travels the world learning and teaching Islamic Spirituality under some of today’s renown Muslim leaders. In addition to leading worship services and classes across the country, he co-founded The Gemali Project, an organization that helps Muslim converts and spiritual seekers access the beauty of the Islamic tradition.

There’s no denying that Brother Ali has carved out his own unique and amazing niche in the hip hop world. His lyrical ability alone would be worth following this artist for, but he is so much more than that.

Check out his entire library on Spotify and whether you’re hearing Ali for the first or the thousandth time, we here at LyricallyRap would love to hear from you! Seriously what yall think of Ali?! Hit us up on our social media @lyricallyrap on all major platforms!