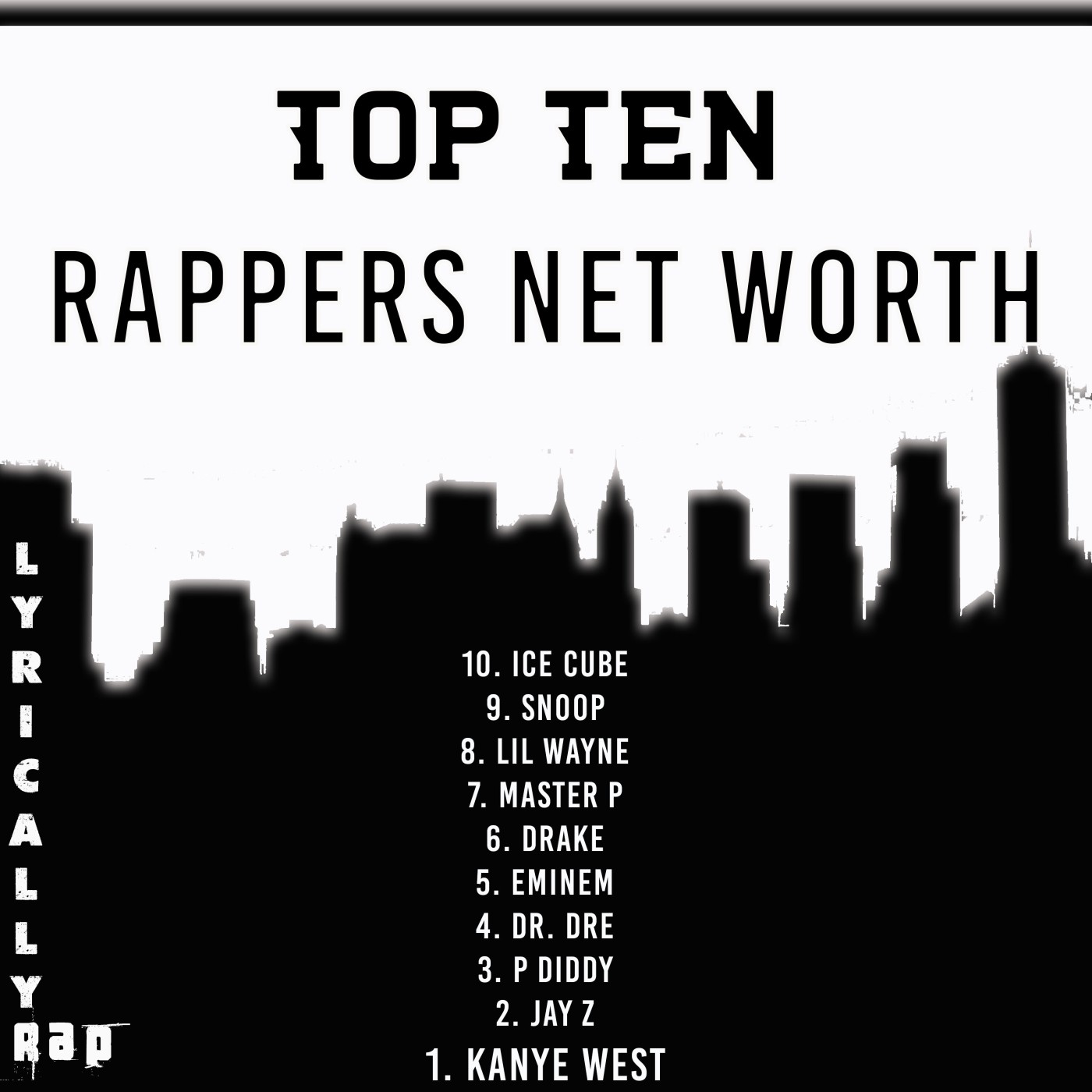 Most rappers like to floss on social media and flaunt their money but have you ever wondered what your favorite rapper’s net worth really is? Well i have and after doing a sh*t ton of research I’ve compiled a list of the top ten net worth’s of rappers. So lets get started. All numbers come from respected publications and are accurate as of August 8, 2021.

Ice Cube came onto the scene in the late 80’s and early 90’s alomg with the new era of gangster rap. Being a pioneering member of the famed group, N.W.A, he quickly grew to become a household name. Cube has stayed relevant through the years by parlaying his rap fame into acting and various other business ventures.

Snoop’s fame dates back to 1992 when he was featured on Dr. Dre’s solo debut album, “The Chronic.” Whew talk about a way to get your name out there. Since then Snoop has worked hard to stay relevant as seen by his net worth ranking. Snoop has done everything from rap, to produce, to act, even to making his own wine, among many others. I don’t feel like we will see Snoop exit this list anytime soon.

Now this one kind of surprised me. I would’ve expected Weezy to be a little higher on the list. As we all know Wayne started off as a rapper on Cash Money Records with Birdman and many other artists who went on to have very successful careers, but Wayne is in a whole nother category. Interesting fact about Weezy, he surpassed The King Of Rock, Elvis Presley with most career Billboard Top 100 Singles.

Master P is a true hip hop and business icon. One can barely comprehend all the ventures he has his hands in. He inherited some money from his grandfather back while he was still in Oakland and decided to open a record store, No Limit Records. Name sound familiar? He then learned the habits and tastes of his customers and turned his store into a full fledged record label and the rest as they say is history.

Canadian born Drake took the hip hop world by storm in the late 2000’s after gaining some regional fame as a child actor. He has consistently been one of the top earning rappers over the course of the 2010’s while gaining both critical and fan acclaim.

Eminem has sold over 170 million albums worldwide over the span of his career and is one of the top ten best selling artists of all time. In any given year Em pulls in between 10 to 50 mil+ a year. The way he continues to stay relevant in an industry where people come and go like the amazon guy droppin off your package is simply incredible. Expect this number to grow as we haven’t heard the last of Slim Shady yet.

Dr. Dre began his rap career as a member of World Class Wreckin Cru and later came to mainstream fame as one of the founding members of the acclaimed rap supergroup, NWA. He has earned hundreds of millions of dollars from his music career and significantly more through various entrepreneurial pursuits. It doesn’t hurt when you sell one of your companies, Beats By Dre, to apple for an estimated 3 billion dollars.

Puff Daddy, P Diddy, Diddy, Sean John, whatever he goes by these days, there’s one thing you can always call him, successful. He is perhaps best known for his label, Bad Boy Entertainment, and for his clothing label Sean John. Although like every other artist on this list Diddy knows how to diversify his business investments and most if not all of them have paid out massively.

Jay-Z first became a billionaire in June 2019 thanks to a vast business empire that today includes record sales, touring, merchandise, endorsements and investments like Armand de Brignac champagne, Tidal and D’Usse cognac. He makes investments through Marcy Venture Partners which is named after the housing project where Jay grew up. Marcy Ventures raised $85 million in investment capital in 2019.

Cmon, yall had to see this coming. Either you love the dude or hate the dude, doesn’t seem like there’s much of a middle ground with this cat, you have to respect him. Starting out as a local Chicago area producer in the mid 90’s Kanye began to hone his style as an emcee as well. He got his big break in the early 2000’s when he began producing for JAY-Z’s Roc-A-Fella Records and the snowball just kept on rolling from there. Kanye has turned his music fame into a very lucrative career as an investor, fashion designer, and entrepreneur. His Yeezy brand and Gap partnership alone are valued at nearly 6 billion dollars. Talk about winning your investments. Kanye is also one of the three richest self made black people in U.S. history. Now you can def take that to the bank.

#cometogether #rightnow
Been wondering the same thing...
To Honor #techn9ne 50th #birthday click that link in bio and get to know the man behind the #greatness 🐐🐐💯
Where would #hiphop be without one of the #goat
Yall ready for #rawthoughts 5⁉️
Every. Single. Time.